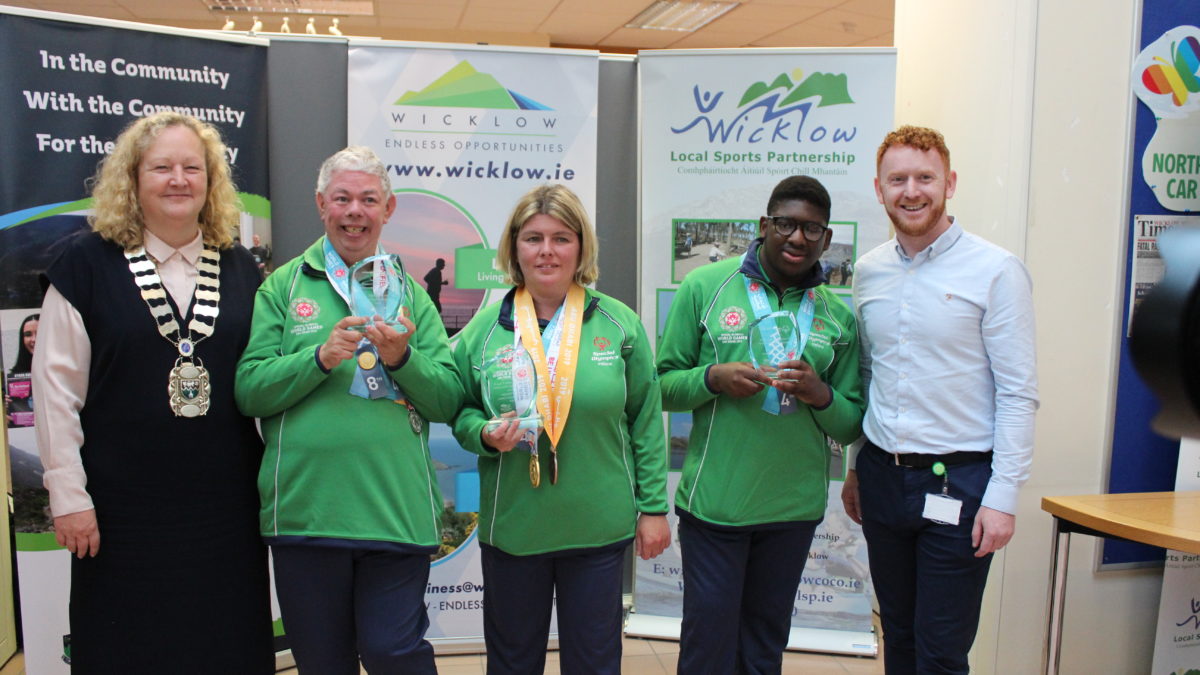 In March of this year, 91 athletes competed with Team Ireland at the 2019 Special Olympics World Summer Games in Abu Dhabi and Dubai. They returned to a heroes welcome with an outstanding 86 medals (30 Gold, 29 Silver and 27 Bronze) along with 46 placed finishes and many personal bests.

Cathaoirleach, Cllr. Irene Winters noted that the reception was held to recognise the fantastic achievements of the athletes but also to highlight the great support structure that is in place for all of these athletes in order for them to reach their full potential. She stated that  “volunteers are the backbone of the Special Olympics without their commitment, enthusiasm and selfless giving of their time the clubs would not be as successful as they have become”

Chief Executive Frank Curran followed by acknowledging how well the athletes represented Wicklow at the World Games “We are very proud of how these athletes have performed at the recent World Games and are delighted to have them as sporting ambassadors for our county.”

Brendan Whelan, Chairperson of Special Olympics Ireland was particularly keen to point out the exceptional support of the local communities in Wicklow for the Special Olympics Clubs and athletes and how the “Blue Dolphins Club is one of the leading clubs in both Wicklow and Ireland” 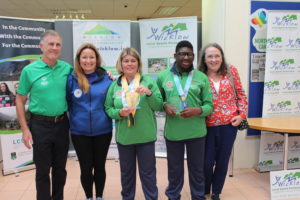